It is official. Chessington World of Adventures Resort has submitted plans to the local council for permission to build a new themed land. Dubbed Project Amazon, the new area looks set to feature a brand-new roller coaster and two children’s rides.

The roller coaster is highly believed to be a B&M Wing Coaster. The ride, similar to the Swarm at nearby Thorpe Park will feature one inversion and a launched propulsion system. It is expected that the ride will initially launch riders backwards before stalling on a reverse spike section.

Details for the rides maintenance bay feature the phrase “Launch & Control Systems”. This is leading us to believe that the ride will feature duel LSM launches. One backwards and one forwards through the rides station building.

The planning documents detail that two new “Children’s” rides will be included as part of the development. One of these is expected to be a juvenile Miami style ride similar to Jungle Bus. The second ride is expected to be some form of small children’s bounce ride. It is believed that both these rides will be manufactured by SBF Visa, the same ride company that also produced Croc Drop.

Details in the plan remain quite vague, with a large themed structure due to be installed inside of the rides ‘Helix Spike’. The track looks to come close to the large structure, but little is known about its detail. The plans show an outline that the structure will occupy, but little else.

The area looks set to feature a lot of palm trees and other themed plantings. With approximately 750 trees of varying ages planned to be planted as part of the themed land. 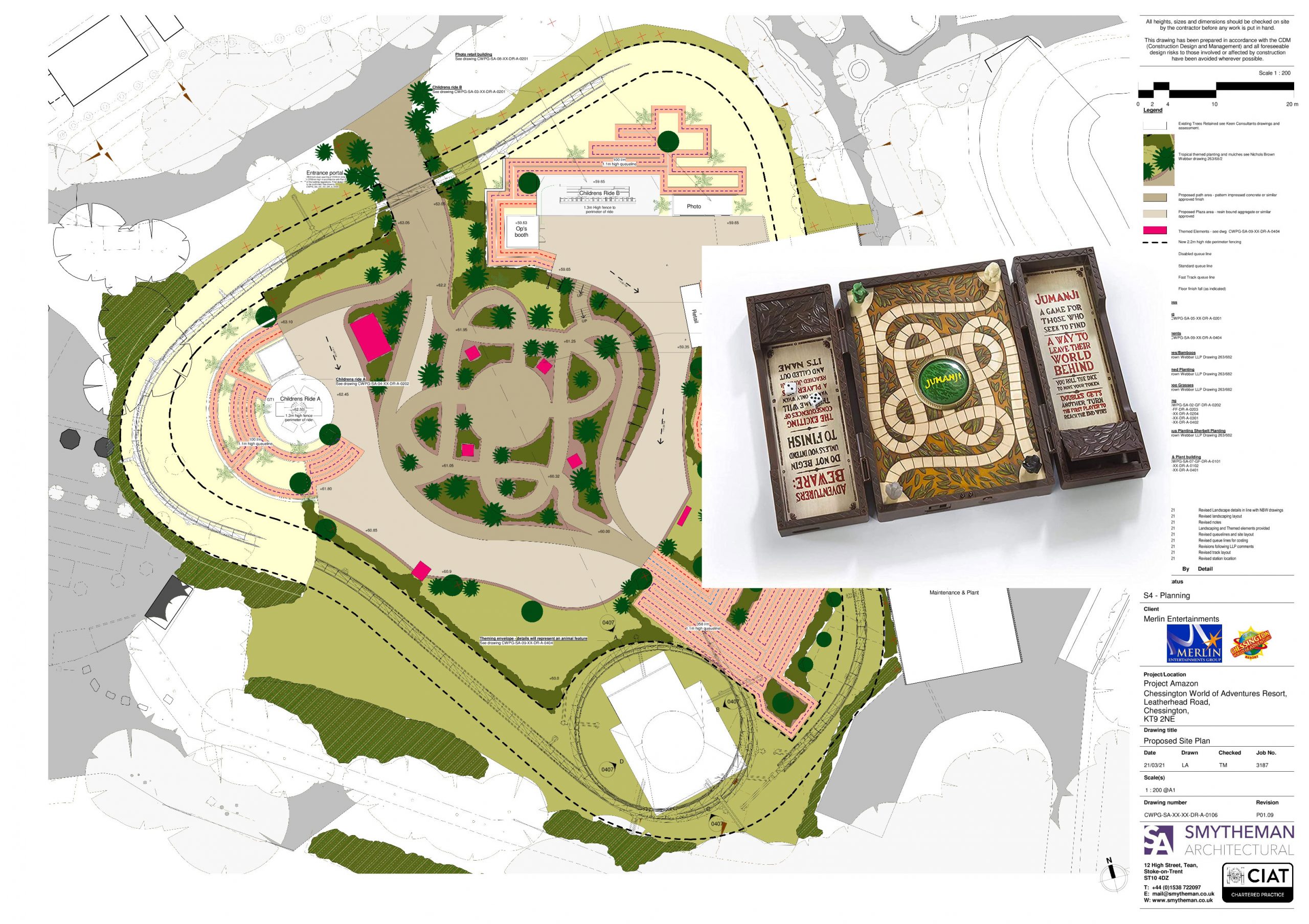 Although it is unconfirmed at this stage, plans show an ornately themed pathing section in the centre of the land. This detailed pathing looks very similar to that of the layout of the Jumanji board game, with themed sculptures dotted around the pathing. These sculptures could potentially be board game pieces from the film. This area could potentially, therefore, be themed to the Jumanji Film series.

The most recent Jumanji films have been set in a lush ‘Amazon’ like forested area with a number of small settlements which in some form match the themed buildings of the area. It is also widely expected that a new 2022 project at Gardaland will be themed to the Jumanji series. Could Jumanji be the ultimate theme and potential name for this area within Chessington World of Adventures?

This new project has just entered the planning stages having now finalised its plans following the park’s public consultation. It is hoped that a decision will come back in September with a view to starting construction in October 2021 for a March 2023 opening date. We will of course be following the progress of the planning application closely and more updates will follow here. For more details of the plans and to see more, please head to our planning page. More details will be provided there in the coming weeks. 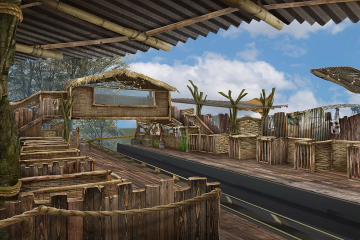 Project Amazon Gets The Go Ahead

That’s right, it’s official. Chessington World of Adventures has been given the green light. Construction can now go ahead, with planning permission now finalised. With the site walls up and work on clearing already underway. Read more…