Project Amazon Gets The Go Ahead

That’s right, it’s official. Chessington World of Adventures has been given the green light. Construction can now go ahead, with planning permission now finalised. With the site walls up and work on clearing already underway.

Alongside the new roller coaster, there will be two other rides. One is a Miami type ride and the other is a small children’s carousel type attraction. The area will also feature heavy theming. Including a large themed structure that lays within the layout of the new roller coaster. Other large theming statues and themed pathing and planting complete the area.

Thought to be themed after the Jumanji film series, the new area looks set to be a game-changing addition at Chessington. We’ve set up a Project Amazon mini-site to follow the progress. Be sure to keep an eye on us for all the latest news and updates. 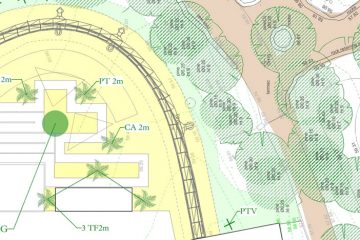 It is official. Chessington World of Adventures Resort has submitted plans to the local council for permission to build a new themed land. Dubbed Project Amazon, the new area looks set to feature a brand-new Read more…